In Limbo: foreigners hoping to build lives in Taiwan face uncertainty with the new travel ban 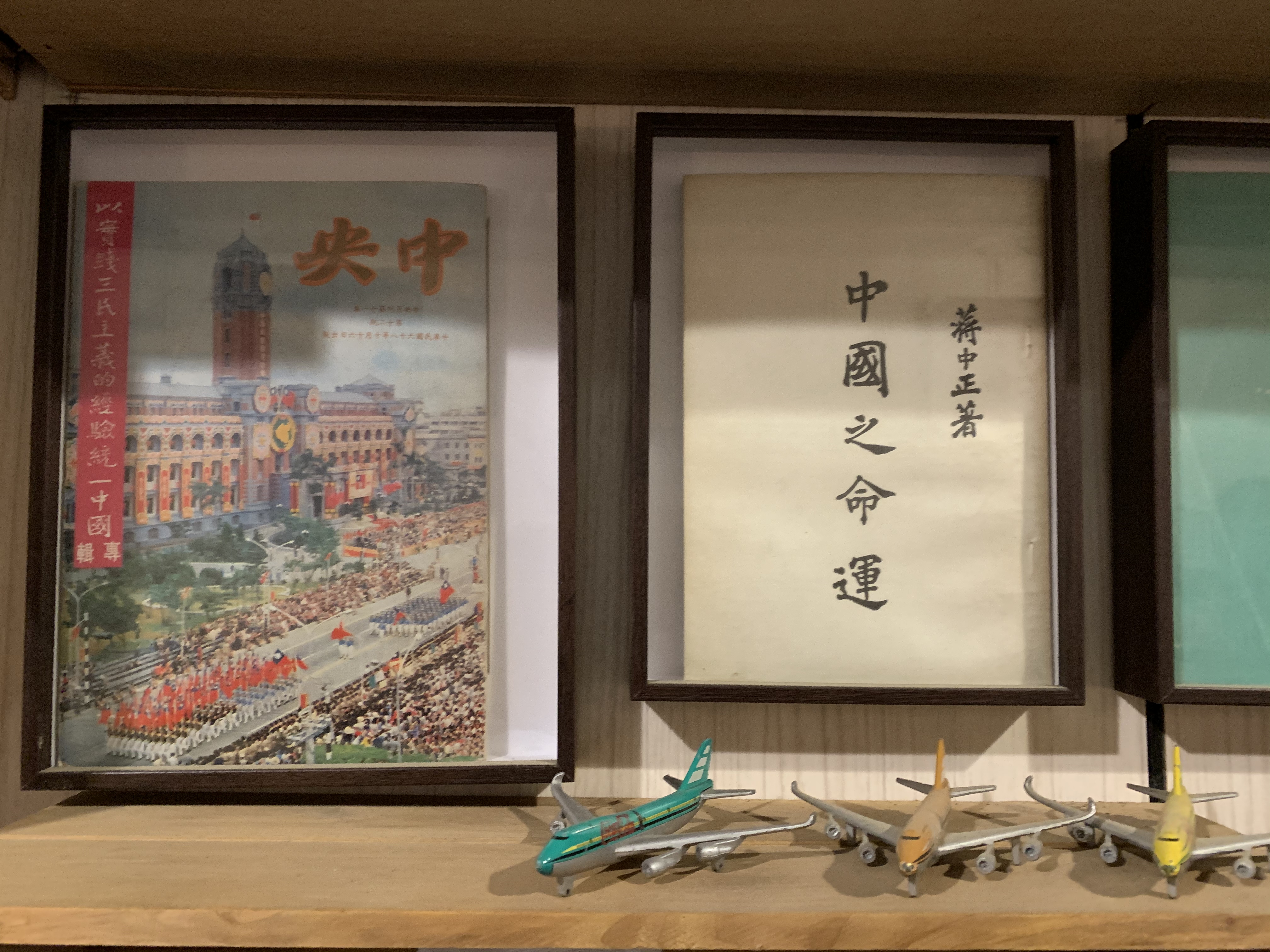 The Taiwan CECC (Central Epidemic Command Center) announcement on Wednesday that all non-resident foreigners would be barred from entering the country sent shockwaves across Taiwan’s international community due to the CCP Virus. Many who had hoped to enter Taiwan, or who are here legally on landing or tourist visas and had hoped to stay, were caught without many good options.

On a positive note, the government’s explicit clarification that foreign residents would be allowed to enter was a relief. While it’s unlikely we would have been banned, policymakers have a tendency to forget that the foreign community exists, leaving us confused and anxious whenever a new policy doesn’t clearly state whether we are included or not. That they thought of this signals a welcome change.

However, many foreigners in Taiwan who do not have legal residency are now finding themselves difficult situations. While regular tourists can be expected to leave, not everyone fits that category. There are those who are here legally as job seekers, engaged to marry a resident, digital nomads, and others who wanted to fly in to be with family but now can't.

I asked a few of these people if they'd mind sharing their stories, and they've agreed. From employment, to marriage, to pregnancy to keeping families together, there are so many ways that the new policy has impacted foreigners, in ways the government likely never considered.

Here are some of their stories.

(More stories are coming in, so I'll update as that happens.)


Trying to marry as the window closes

D. is a resident in Taiwan, working in the tech sector. A Hungarian national born in Serbia, he is engaged to an American woman who has been staying here on landing visas. He can stay, but she can't, once her visa is up. It's highly unlikely that "we're planning to marry" would trigger an exemption, but of course it would be safer and better if they weathered this pandemic in place, together.

They've looked into speeding up the wedding, but the thorny issue of his nationality makes obtaining the necessary certificate of single status difficult for him to obtain, at a time when de facto embassies here are dealing with bigger matters. The TECO office in Hungary also serves Serbians (there is no office in Serbia for political reasons), but he has no contacts in Hungary who can send him the needed certificate. It is easier for his partner, who should be able to go to AIT if they're not completely overwhelmed.

They are currently planning to try to get the required document for him from the Hungarian embassy in Taiwan so they can register to marry before her visa expires, but it is still unclear if that will be possible.


A high-risk pregnancy and delivering alone

M. is single and carrying a high-risk pregnancy which is due in 4 weeks. Her mother was scheduled to fly to Taiwan for the delivery, was willing to do the mandatory quarantine and even moved her flight up. She was going to get here this Saturday - which was not soon enough before the travel ban took effect.

Due to coronavirus concerns, only one family member - and yes, they must be a family member - is allowed in the delivery room. M. has no family in Taiwan, so she will deliver alone. She also lives alone, and can't afford a post-partum hotel, so while she'd been looking forward to having her mother there during her recovery period, now she'll be living alone for that time.

She doesn't know when her mother will be able to get here.

S. and S. are permanent residents in Taipei, but their daughter A. lives in London with her boyfriend, whom she met while attending international school in Taipei. They've been together 6 years. The daughter and her boyfriend want to return to Taiwan to stay with S. and S. (the boyfriend's parents currently live in China, and he is American by nationality). Because the option to get permanent residency for the children of permanent residents was only recently made available, A. missed that window and has no resident visa.

S. says that A. and her boyfriend attempted to get visas, giving the reason that they want to be with family (official or otherwise) but were turned away.

"I don’t know when I’ll see her. I wish they had ARCs. It doesn’t seem fair, because this is our home now - we both have APRCs. This is the only home she has, besides her apartment in London," S. says, and she clearly wants her daughter with her.

For those hoping to teach in Taiwan, a background check from their home country is necessary for their first job. For subsequent jobs, if they haven't been out of Taiwan for too long, a Taiwanese background check is sufficient. Of course, the home-country checks take forever because Western governments just can't get these things right. The Taiwanese check is cheap and takes a day or two.

C., an American, had had a home background check done for a previous job, but that was awhile ago, so it's no longer valid. He's now back in Taiwan and had been job hunting on a landing visa (which is not really encouraged, but is quite common). He has a job offer with all other paperwork complete, but the employer needs a background check from the US, as this will be his first stint here on a work permit. Background checks can take a very long time indeed, though there is an option to expedite. An expedited check under the best circumstances takes a week. With the West in the throes of a pandemic, who knows how long it will be?

C's landing visa runs out on March 29th. Work permit paperwork takes 5 days. So, he has until this Monday - that's two working days - to figure this out and get his paperwork submitted.  That won't be possible, clearly. Normally one would just take a weekender to a nearby country to restart the landing visa and pick up the work permit after returning, but with the borders closed to all non-residents, that's no longer an option for C. - which was announced just a few days before his hard deadline to get the paperwork through, or leave.

C. isn't sure what he's going to do, or if going to the immigration office, hat in hand, with a letter from his new employer and copies of his work permit application materials, will be enough to have an exception granted (this is easier for Canadians and British people but not as easy for Americans). He can try, but his future is uncertain.

W. is from the Honduras, and his partner, D., is Taiwanese. Although same-sex marriage is legal in Taiwan, Taiwanese can only marry foreigners if it is legal in their partner's home country as well (due to reasons I truly do not comprehend). Honduras, of course, does not recognize marriage equality, so W. and D. cannot marry in Taiwan. This also means that D., a Taiwanese citizen, cannot access a right that should be guaranteed to him by the government.

For now, W. is a "visa runner", but would prefer not to be. He just wants to marry D. and stay in Taiwan, but due to a quirk of the same-sex marriage laws, that's impossible. He's in a position he never wanted to be in.

That's not grounds for an extension or exception as, on paper, W. has no 'reason' to stay as there is no permanent situation available to him.

His visa runs out in 15 days, and he will have to go back to Honduras. After that, he doesn't know when he'll be allowed back into Taiwan, or be reunited with D. to continue their lives together.


Trying to Contribute to Taiwan

A. had been working with an American non-profit and an existing organization in Taiwan to self-fund his teaching of English and Art courses to Indigenous children. When the CCP Virus broke out, both sides backed out, and then the borders closed after he arrived. A. now has 81 days to find a way to legally stay in Taiwan.


The Uncertainty, and the Happy Ending

H. moved to Taiwan with her husband and had been planning to do a visa run to Macau to get a proper visitor visa and get her spousal visa paperwork in order. Now, if she leaves for Macau she won't be allowed back in, and while she may qualify for a special exemption, she's not sure at all.

G., who is British, and his Taiwanese wife had been living in Europe. His job ended, they had no desire to live in the UK especially after Brexit, and have ties in Taiwan, so it made sense to come back now. G. came in on a landing visa, and had planned to get another one after Christmas, giving them time to get the spousal visa paperwork through.

Then coronavirus hit, and their options began to narrow, as flights kept getting canceled to potential destinations. Travel clearly wasn't going to work. At that point, about a week ago, they went to the immigration office to ask for an extension, given the circumstances. Then the travel ban hit, and without an answer they were obviously quite nervous. If his extension were rejected, he'd have to go to the UK to wait out the pandemic, where he hadn't lived in some time.

Fortunately for G., he got word today that his extension was approved and he will be able to stay in Taiwan.

All I can say is, don’t assume an extension won't be granted - come up with a good reason and ask. Make sure you have enough time so that they can consider your case. Bring evidence. Get back-up. Fight for your right to not die.

A lot of people are going to get screwed by this travel ban, but I hope that despite its tough talk, the government will be lenient with granting exceptions to those who have extenuating circumstances. These foreigners are already here, so they are not a risk. They want to build a life here and have the means to do so.

The CECC surely did not mean to tear apart families when it formed this policy; they were trying to do what was best for the country. However, we must ask that they consider the impact this has on foreigners in Taiwan, and re-evaluate their visa extension and exception rules.